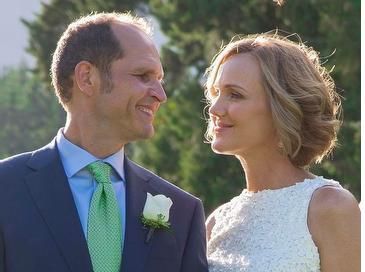 Returning to Port Perry after 20 Years Away

... in a time where optimism and hope are at an all-time premium, I thought you might enjoy a lovely story about what caused my new husband and I to return to our hometown of Port Perry...

One part fairy tale, one part ‘coincidence’, this is a true story about how Facebook and a love for their home town brought two Port Perry High School graduates home, after more than 20 years away. Serving on the high school student council together in 1987, Brent and Pamela Smith lost touch but were reconnected with each other via Facebook in 2016. Married the next year in beautiful British Columbia, where Pamela had lived for the last two decades, the newlyweds moved from Vancouver to Port Perry in 2018.

Pamela grew up on Scugog Island on Fralick’s Beach with her sisters and teacher parents Bev and Pam Smith (who previously lived as Canterbury Common residents). Brent grew up on Alva Street (across from Apple Valley when it was still apple orchards) with his siblings and parents Laurence and Carol Smith. As a teenager, Pamela worked as a busgirl at Hagen’s and then to the Settlement House while Brent was at the Feedlot Restaurant and Gregory’s Men’s Wear.

Aware of each other but in different grades, Brent graduated from Port Perry High School in 1987 and Pamela graduated in 1989. Which as Brent says was ‘miles apart in high school!’ Both left Port Perry after graduating – Pamela to Toronto for a while, then onto Vancouver for approximately 20 years. While Brent moved cities multiple times and traveled extensively, he ended up making his home in Winnipeg and braved a total of 20 winters there.

Though not together in Vancouver at the time, both had the privilege of experiencing a west coast lifestyle. Individually they backpacked to different parts of the world. Pamela’s career in BC, enabled her to experience client work in Hawaii, Japan, Europe and throughout the US. While Brent had the benefit of some marketing internships in both Saigon, Vietnam and Cairo, Egypt. The two joke that they may have crossed paths on the back-packing trail without knowing it.

Although distant acquaintances, in 2016 the two Port Perry kids noticed while home visiting each of their families, that they were posting the same vacation sunset photos from Lake Scugog on their Facebook pages.

Unbeknownst to either of them, they’d been living parallel lives for 20 years. Residing and working a long plane ride away from their hometown and then using vacations to come back to Port Perry to reconnect with their family.

When Facebook first caused them to notice each other, Brent was living in Winnipeg and Pamela was in Vancouver. Commenting on each other’s posts created a connection and on their 2016 Christmas visit to Port, they had their first date at Marwan’s on Queen Street. The new year lead to Brent doing multiple trips from Winnipeg to Vancouver, and things escalated quickly.

In July, Brent moved to Vancouver to be with Pamela permanently. The two were soon married in a dreamy mountain wedding in Harrison Mills, BC having the pleasure of both their Port Perry families there to witness. With a shared love of the mountains, hiking, and coastal beaches they got out into nature frequently. However, both still felt that a piece of their heart was with their families back home.

After being married a year and living in Vancouver, Pamela spotted a historic home on Perry Street for sale online. She immediately requested her relatives to do walkthroughs and Pamela and Brent made an offer. They purchased the home sightunseen. “I was a Realtor® in Vancouver for ten years so I wasn’t ‘too’ worried about purchasing a home this way and I trusted my family’s opinion. Thankfully it worked out really well and we feel so privileged to live in a very charming, historical Port Perry home”, says Pamela.

Pamela and Brent packed up their belongings and began driving across the country camping and hiking with many adventures along the way. Most extreme of which included a giant black bear pawing at the ground and rubbing up against their tiny tent while camping in Waterton Lakes National Park in Alberta.

Multiple days and nights of driving enabled them to arrive at their ‘new’ Port Perry century home at 3:00 am in August, 2018. With flash lights, they walked around the grounds like children so excited to see their home for the first time. They lived pretty basically for a week until the moving truck showed up. “Waking up our first morning here, backs aching a bit from our camping mattresses, the first order of home town business was a big breakfast at Hanks”, says Brent, “that’s how we truly knew we were home.”

Brent’s job as a brand and marketing consultant enabled him to bring his job with him to Port Perry with frequent trips back to Winnipeg, where the firm is located. Pamela was able to write and pass the Ontario Interprovincial Real Estate exam so she can carry forward her career as a real estate agent in Port Perry.

On one of his work trips to Winnipeg, Brent returned with an eight-week-old golden doodle puppy named “Winkler”. Named for the rural town of Winkler Manitoba, where the puppy was born, Brent traveled with him on the plane at his feet. Pamela, Brent and Winkler have come to know many people and dogs in Port due to their frequent walks with Winkler, who ironically was born on their first wedding anniversary.

Pamela and Brent are very grateful to truly be ‘home’. They’ve had just over two years to settle back in, have made some new friends and been reacquainted with some great old friends. ‘The most noticeable change from the culture of city life is the kindness, consideration and warmth of people in our town. And of course, being home with our extended families.’ says Pamela.

"We truly believe this is one of the greatest places in the country where a person could live at this time in history. And as all the books, movies and poems told us growing up, eventually most people return home, and when they do, they can see it for all the good that it is.” says Pamela.

READY TO GET STARTED? 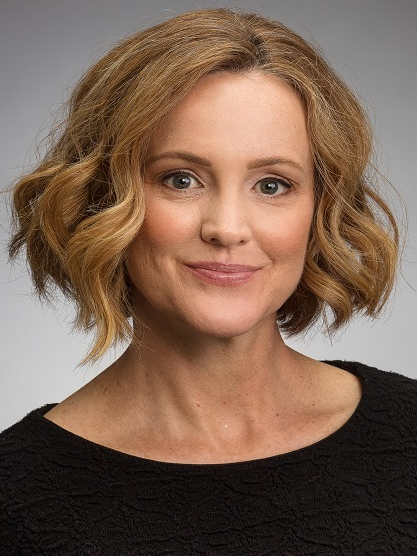